Choosing a web framework is hard especially now when there are a lot of frameworks on the market, each designed to address different project needs. Here is why I think that when building a large database-driven application, I would honestly pay to use Django.

Clarification: This is a 'dry joke' based on the Django Unchained movie. Not an attack on Web 3 folks!

The web framework for perfectionists with deadlines. ~ Django documentation.

Django was originally developed to run large content-driven web applications for a newspaper publisher. It provides a suite of programming tools to facilitate rapid development and encourages clean, pragmatic design. It was released as an open source project in 2005, and has since enjoyed a steady increase in popularity.

It takes care of much of the hassle of Web development, so you can focus on writing your app without needing to reinvent the wheel.

It is particularly well-known for its large user and developer community, and its excellent documentation.

It is often used to build majestic monoliths.

FYI, the backend of paulonteri.com is (mostly) built with Django.

Django REST framework (DRF) is a powerful and flexible toolkit for building RESTful web APIs. one of its main benefits is that it makes serialization much easier. It is mostly based on Django’s class-based views, so it’s an excellent option if you’re familiar with Django. It adopts implementations like class-based views, forms, model validator, QuerySet, and more.

In this article, I’ll be assuming Django and Django REST framework are one and the same thing.

Django follows the "Batteries included" philosophy and provides almost everything developers might want to do "out of the box". Because everything you need is part of the one "product", it all works seamlessly together, follows consistent design principles, and has extensive and up-to-date documentation.

For example, it comes with a lot of the common tools needed in the development of web applications. You don’t need to code basic stuff, it comes pre-packaged. These packages were developed by professional developers, so you won’t need to spend time making sure they work correctly.

You can count on all of the basic web-related functions to be already included.

Some of the features included in this framework are as follows:

I don’t have to think about stuff like users, authentication, DB stuff, the admin dashboard, e.t.c. I just jump into writing actual business logic 🥳 🤯 🤯 🤯. Having built these from scratch in the past, I can say it was a fun learning experience, but I’m grateful to be able to leverage the amazing work that the community has already put into them.

See more about this under the 'Scalable and Reliable' section.

I don’t have to worry about databases or SQL 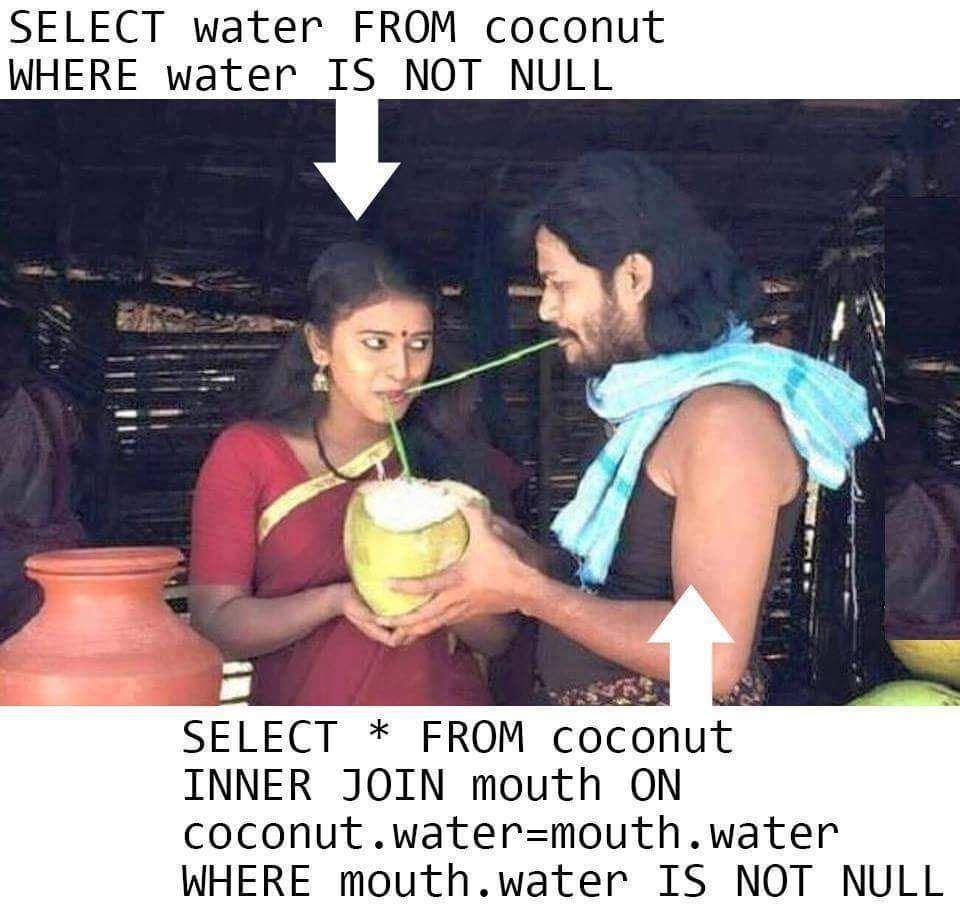 I don’t have to worry about databases or SQL (for the most part).

It has arguably the most mature ORM I have ever seen with easy & powerful Model representations. You almost never write raw SQL.

Clarification: Object-Relational Mapping (ORM) is a technique that lets you query and manipulate data from a database using an object-oriented paradigm. When talking about ORM, most people are referring to a library that implements the Object-Relational Mapping technique, hence the phrase "an ORM". An ORM library is a completely ordinary library written in your language of choice that encapsulates the code needed to manipulate the data, so you don't use SQL anymore; you interact directly with an object in the same language you're using.

It also comes with great automatic migrations - used to propagate changes you make to your models(DB schema changes, e.t.c) into your database schema.

Plus, Django applications are especially perfect when you are developing data-driven systems, as they can handle large datasets. 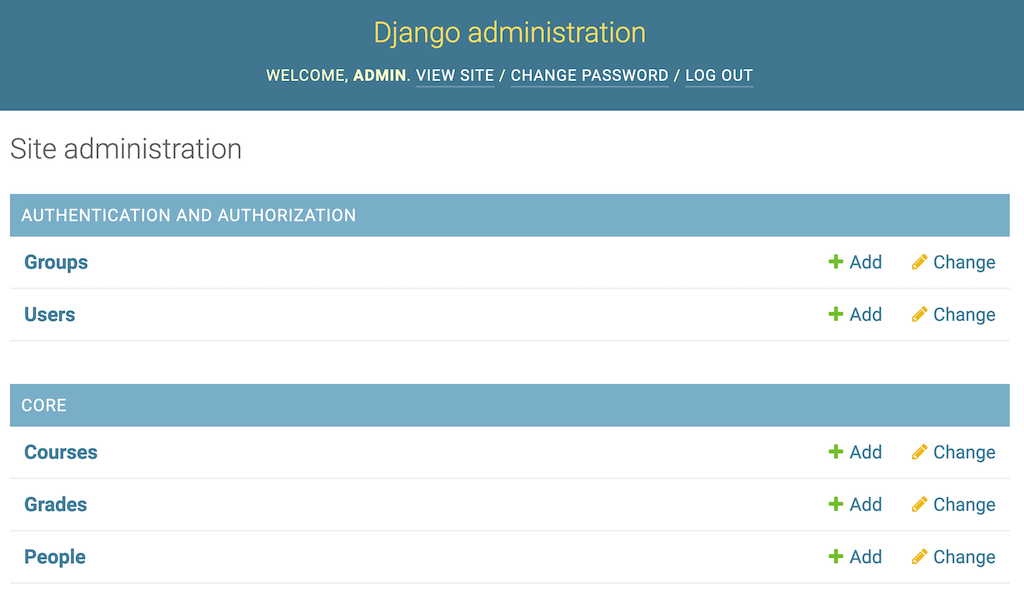 As if the database & SQL features were not enough, Django provides an inbuilt professional, production-ready administrative interface – a website that lets authenticated users add, change and delete data from the database.

There’s a lot of room for customization in the Django admin panel thanks to third-party applications. Additionally, Django allows you to modify the interface with third-party wrappers and add dashboards unique to your needs.

Another key benefit of the Django framework is that it suggests the correct structure of a project. That structure in turn helps developers in figuring out how and where to implement any new feature.

The patterns and principles within the Django code encourage you to create reusable and maintainable code by using the DRY (Don’t Repeat Yourself) principle. Because you’re not dealing with unnecessary duplication, it results in less code.

Django also promotes the grouping of related functionality into reusable "applications" and, at a lower level, groups related code into modules.

Startups and big corporations alike say that the framework is so great precisely because it allows skipping the step of developing the structure and all of the issues related to custom structures. At the beginning, startups can only worry about the actual code and not the potential structural issues that may crop up later on. Django has also consistently worked well for them. See more about this under the 'Scalable and Reliable' section.

Also, this structure, typically organised by real-world concepts/domains (like orders, shipping, inventory, and billing), can make it easier to balance separation of concerns, locate code, locate people who understand the code, and understand the individual pieces on their own.

Last but not least, having a project structure that is similar to many projects around helps when you need to ask the community for help. The chances are high that there’s somebody out there who managed to solve the issue and shows you how to do that in your project. Or you might encounter helpful developers to whom you can easily explain the issue.

There are many third-party applications that come with Django. These applications can be integrated depending on project requirements. To imagine this better, think of Legos. There are many different Lego blocks. In-app development, an authorization “block” or email sending “block” is present in almost every project.

The Django ecosystem is one of the largest and consists of many libraries — such as for authorization and sending emails — that can easily be plugged into a system. 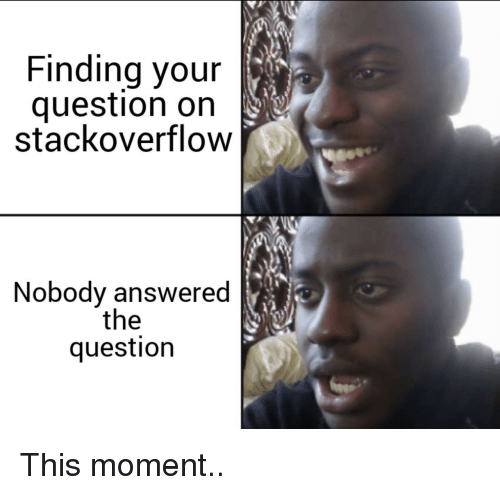 Most importantly, when you’re trying to figure out how something should work in Django, you can usually find the answer. Thousands of people must have already solved any issue you’re dealing with, and you can find a solution provided by the passionate Django community.

I might have already mentioned this advantages in the points above. The framework is surrounded by a vibrant community of passionate developers who will help you solve any issue you may encounter. They’re also behind the many useful packages that extend its possibilities.

A certain woman had a very sharp consciousness but almost no memory... She remembered enough to work, and she worked hard. ~ Lydia Davis

Like most other tools a web developer might need, caching is a first-class citizen of Django and comes inbuilt.

Django comes with a robust cache system that lets you save expensive work so it doesn’t have to be calculated for each request. For convenience, Django offers different levels of cache granularity: You can cache the output of specific views, you can cache only the pieces that are difficult to produce, or you can cache your entire site.

Django also works well with “downstream” caches, such as Squid and browser-based caches. These are the types of caches that you don’t directly control but to which you can provide hints (via HTTP headers) about which parts of your site should be cached, and how.

Security used to be an inconvenience sometimes, but now it’s a necessity all the time ~ Martina Navratilova

Django, by default, prevents a whole lot of common security mistakes. I don’t have to worry that much about security.

I do not have to implement security features manually to keep web development going. The framework has inbuilt and up-to-date protection against XSS and CSRF attacks, SQL injections, clickjacking, Cross-site request forgery, etc.

Django walked into the world with documentation far above the usual standard for open-source projects, and it has only gotten better over time.

When it initially came out, the excellent documentation was one of the features that set Django apart. Most other frameworks at that time merely used an alphabetical list of modules and all the methods and attributes. This works well for quick reference but doesn’t help when you’re first finding your foot in the framework.

Django’s documentation quality isn’t unique anymore, but it’s still definitely one of the best examples of open source documentation in the wild. And maintaining the quality of docs is always a concern for Django’s developers. You see, docs are first-class citizens in the Django world.

With around 10 lines of code I get GET, POST, PUT, PATCH, and DELETE RESTful API endpoints for any DB table normalised into clean consistent formats, with proper status codes, proper exceptions, throttling, permissions (per user, per object, e.t.c), are browsable, easy to document, and all the other good stuff that proper APIs should have. 🙌 🔥

Django is used by many large organizations and there is a very high demand for well versed django engineers.

I get to use Python (programming language)

Any framework you're using is only as good as the language. ~ The Onion Tech Team.

Python is one of the most popular and useful software development technologies in the world.

It is surrounded by a large ecosystem of tools, libraries, frameworks, and plugins. Developers can take advantage of massive numbers of libraries and packages for Python/Django to build features quickly.

Here’s what Python has to say about itself:

Program development using Python is 5-10 times faster than using C/C++, and 3-5 times faster than using Java. In many cases, a prototype of an application can be written in Python without writing any C/C++/Java code. Often, the prototype is sufficiently functional and performs well enough to be delivered as the final product, saving considerable development time. ~ Python docs.

It is also one of my favourite programming languages.

It’s really a plus to use the same language for web development.

Scalable and reliable (and Big Corps are betting on it) 🔥

With Django, you can take web applications from concept to launch in a matter of hours. Django takes care of much of the hassle of web development, so you can focus on writing your app without needing to reinvent the wheel. ~ Django website.

It’s well-established, very versatile and has proven to scale. 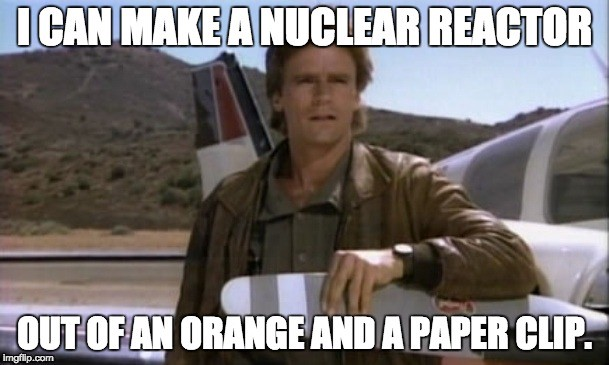 We've seen a few of the cool things about Django, now let’s see who is betting on the framework. Numerous organizations use Django in their stack.

It has worked for:

We can see how that Django has consistently proven to work even for teams with less than five engineers, working on products serving billions of requests a day.

By now you should know why Django is such a popular framework organizations use for building applications quickly and smoothly.

Django is more than enough for my (and most probably your) needs.

Thank you for your time!

Stuff I found useful while working with Django